Send your input to interum Class Scribe - Step Tyner at styner@stsllc.com
Visit the 1965 Class Notes Photo Album, Photo Album 2 and Photo Album 3 to see all the photos below full-size!

I have been accumulating small items for several weeks, waiting for that one huge story to push the issue. Alas, nobody in the Class has declared himself a candidate for POTUS, so we will go with what there is … all good human interest material but not likely to earn me a Pulitzer. 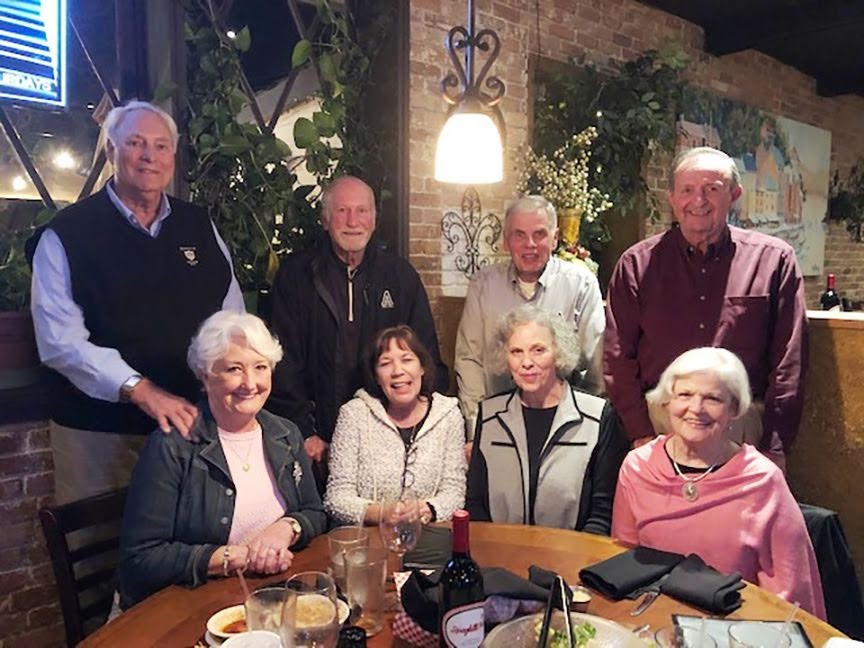 In an attempt to avoid his just deserts for settling down in a state in which snow is not unknown, Barrie Zais has abandoned his snow shovel and has been positively identified as being at large in the South. Shown below in no particular order are two such sightings, along with those of colluders in his flight to avoid chilblains.

Here we are in the same city, but with a slight change of cast.

I trust that all y’all were able to stick Barrie with the check! 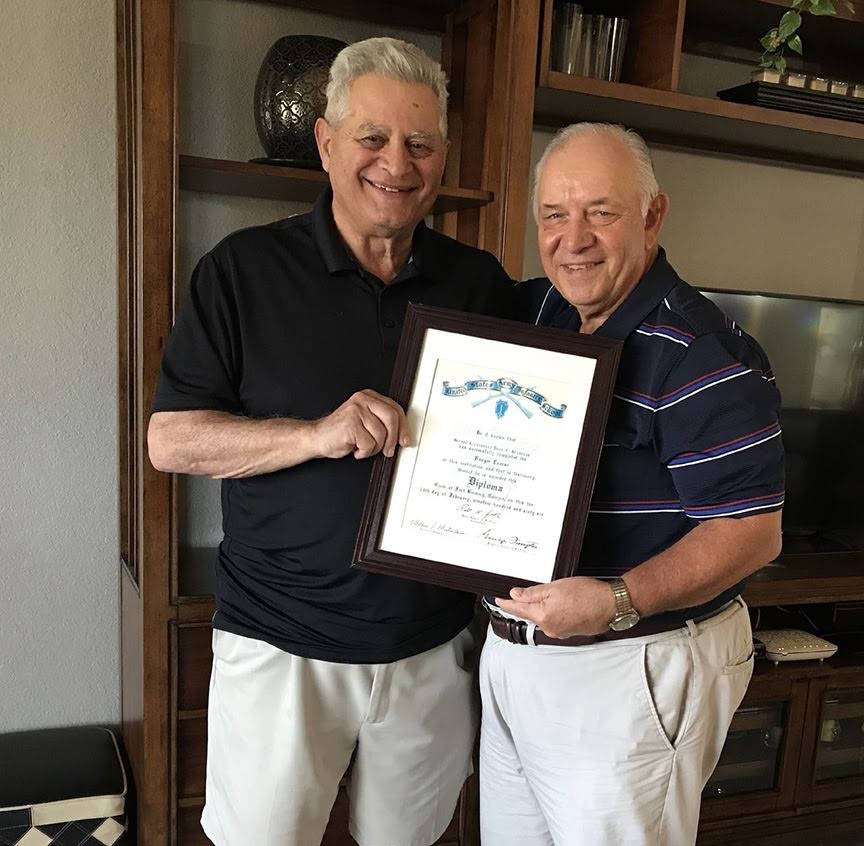 Once there were two Ranger buddies, Tom and Slats by name. Recently, they got together again, as shown below.

Here’s Tom’s account: "Last week two not so old Ranger buddies got together in Venice, Little Italy (FL). A rare but fantastic reunion topped by an exquisite culinary feast by Angie. The Ranger known as Slats in the day had Angie and me entertained by cadet stories and Ranger 5 stories that I had forgotten. We were all "rolling on the floor" laughing. It was such good fun that I asked Slats to promise to tell such stories at my funeral some

day. No hurry. I want my friends laughing and enjoying my life as much as I did. Selkis, Vogel, and Terry would have been good for that assignment as well but that will happen when we see each other later. So everyone save your funny stories of what we did together and be prepared to join Slats. Unfortunately, our visit was cut short as I had to get back for 3-legged Roxie who suffered a leg sprain while playing at recess. There will be more visits for these two Ranger Buddies. BTW, who can believe that little Slats carried twice as heavy Abe up a mountain wall? And we two USMA LT’s had no trouble getting all of the ROTC and 90 day wonder ranger wannabes out of the sawdust pit. Just Slats and me still standing. Now I won plenty of wrestling matches so I wanted my Ranger buddy to get the glory of being King of the Pits. I told Slats to go for it. No way. He wouldn’t have it. He pummeled me for a while until I had no choice but to take the crown. Gotta visit again soon."

Tom, minus five tenths for not getting those stories on tape! 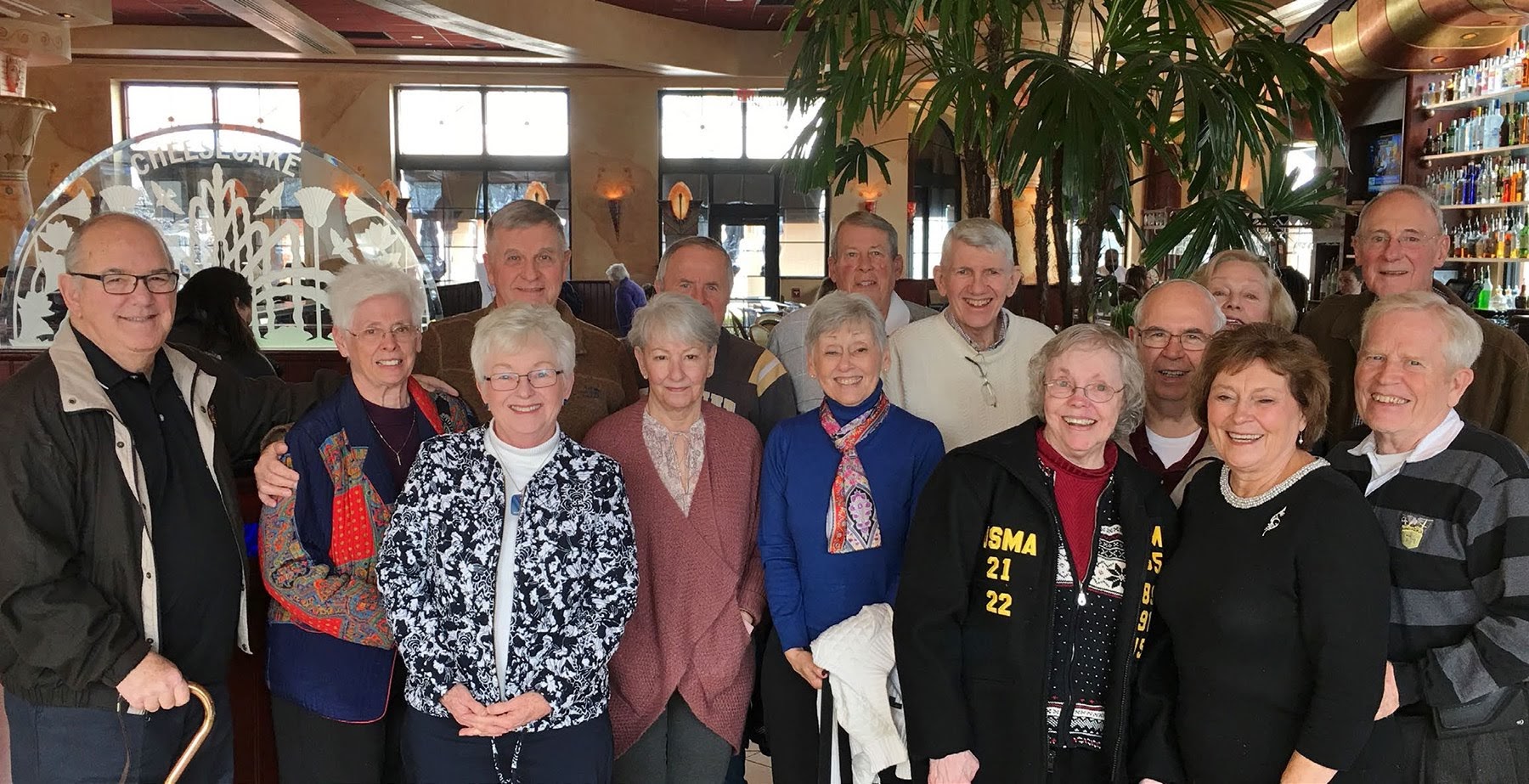 From Dave Hopkins: "The Central Virginia contingent met for our quarterly lunch last Thu, 21Feb19, at Cheesecake Factory in Richmond’s Far West End. Samples of topics covered: Army-Navy football, buddy-rappelling in Ranger school, our 55th reunion, updates on kids and grandkids, assorted health issues, down-sizing and senior-living options, politics, and the kinds of cheesecake to share for dessert. Our next get-together will probably be in May."

I am bound to say that the Central Virginia cohort is one of the more consistently together of our informal groupings. May it be ever thus! 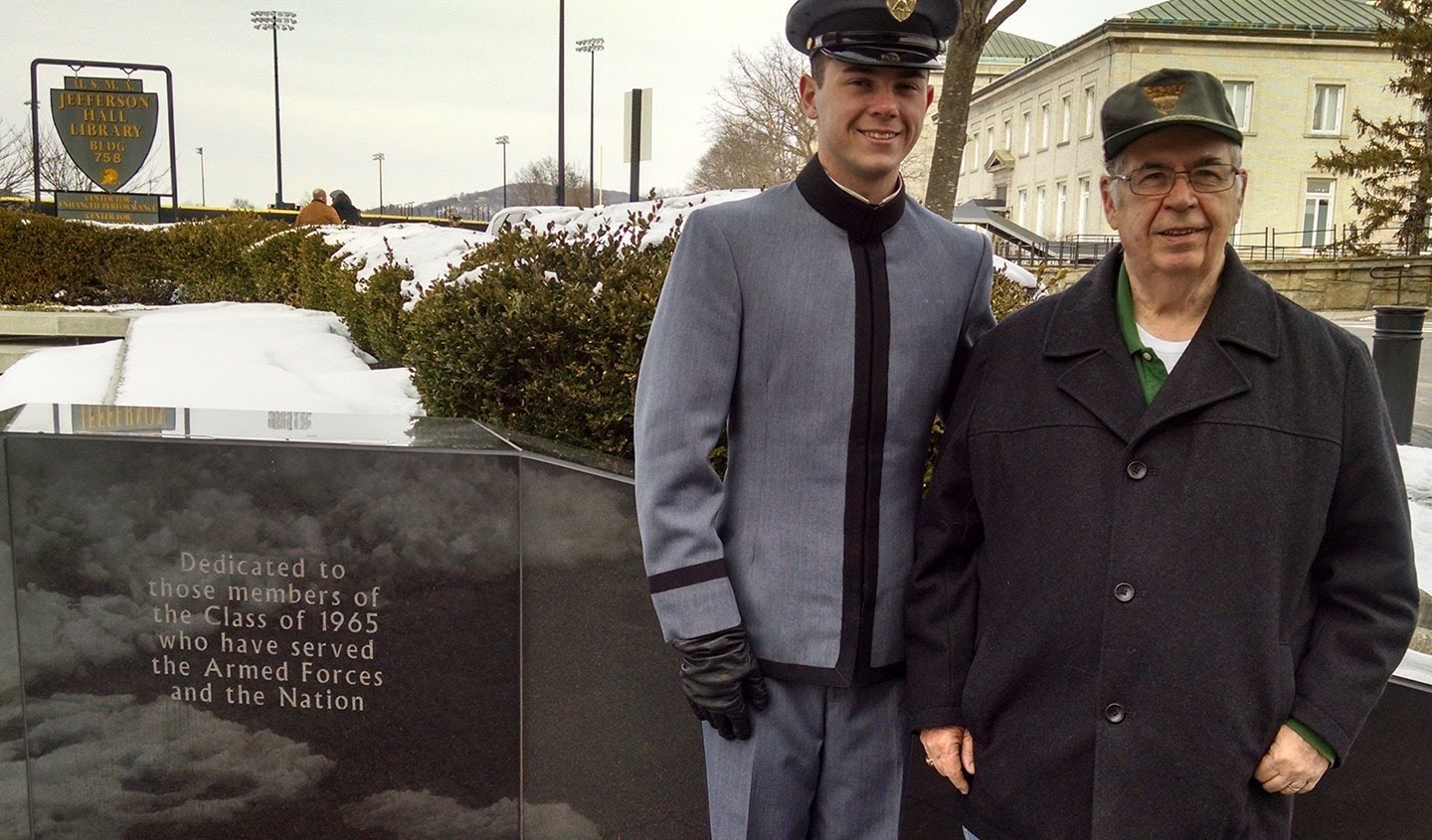 Emery & Eleanora Chase recently participated in Plebe Parent Weekend back at the Academy, as recounted here: "Step, we were at Plebe-Parent Weekend recently. Photo is with grandson Tucker Chase, class of 2022, in front of our class gift. You can see the snow in the background, it was very cold but at least no snow or rain during the festivities. Plebes get a late start on Spring Break -- Upperclass left Friday, Plebes get released Sunday morning.

I have the feeling that Eleanora was handling the camera. And we must try to remember that it is not Tucker’s fault that Plebes get to take Spring Leave (and Christmas Leave, and get to fall out all over the place and … hell, get married and buy cars for all I know)! 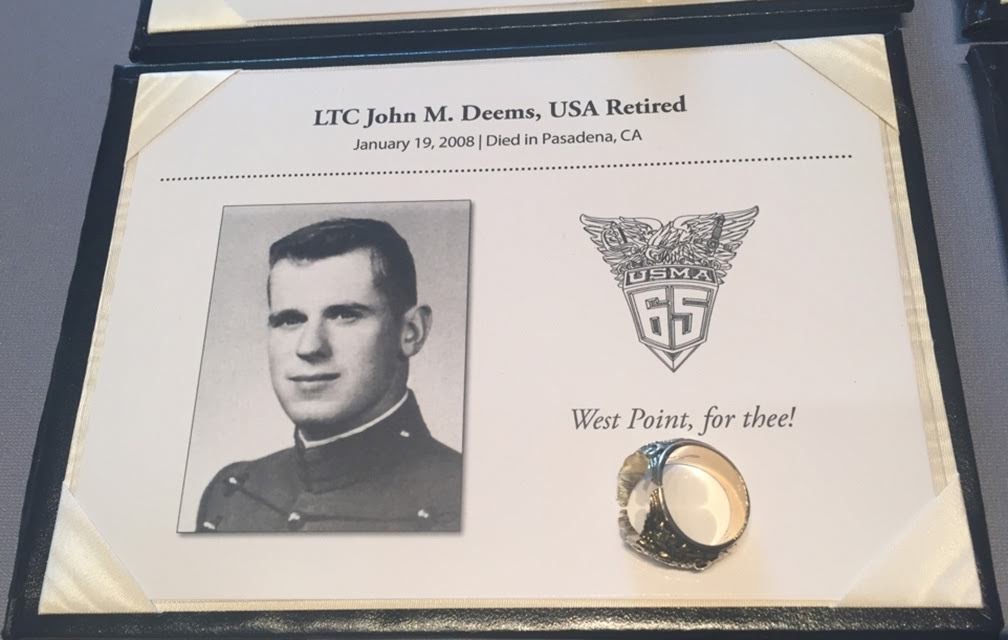 Stones are removed from the rings and returned to the donating family member, and there is a continuity established through which shavings from previous ingots are carried over from year to year, such that every ring produced from that gold contains Au atoms from rings dating back to 1898, or so I am told. 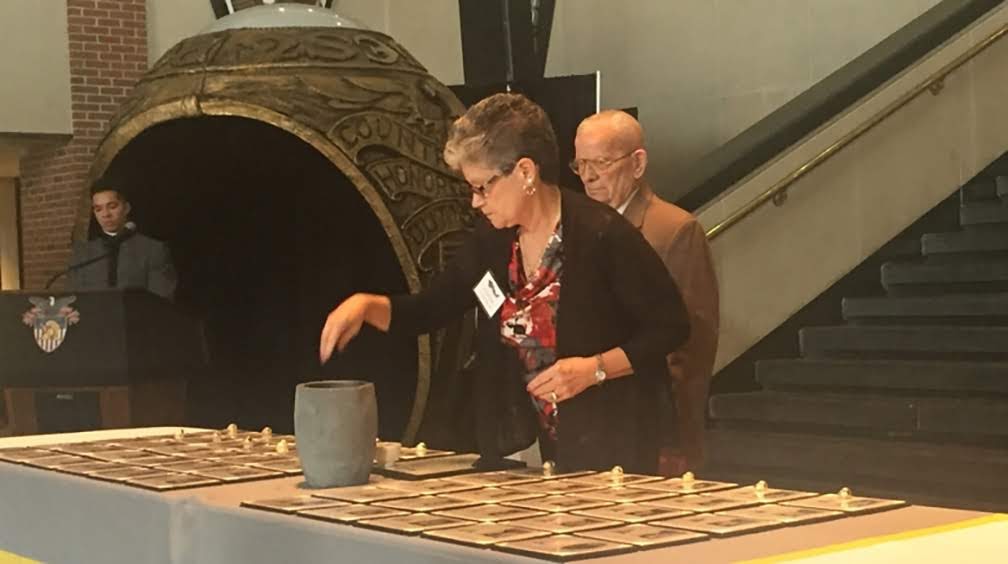 Christine places Mike’s ring in crucible, her father in background 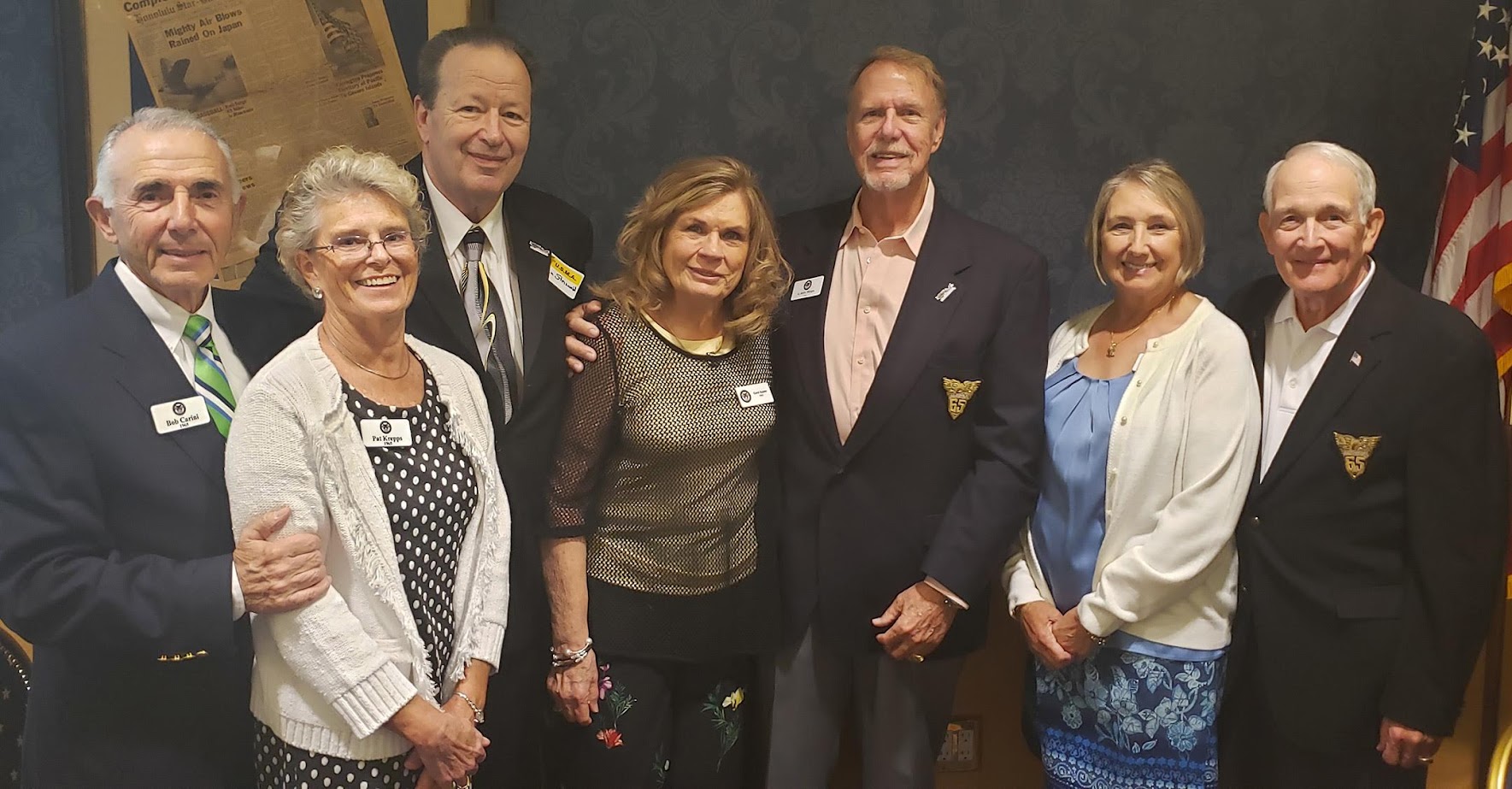 The crew at The Villages has won the prize for first Founders Day item submitted this year. The prize is the opportunity to do it again next year. Here are some thoughts from Jerry Merges: "None of us were the oldest grad, in case you were wondering. I have three grads from the 50's hanging on plus a bunch from the early 60's, so we are safe for a long time!"

But earlier … the absconded Barrie Zais showed up in the Villages, only a few steps ahead of US Marshalls. Per the observant Jerry Merges: While hanging out in the South until the weather warms up, Barrie and Lynda Zais had a chance to get together with F-1 classmates and permanent Florida residents at The Villages. 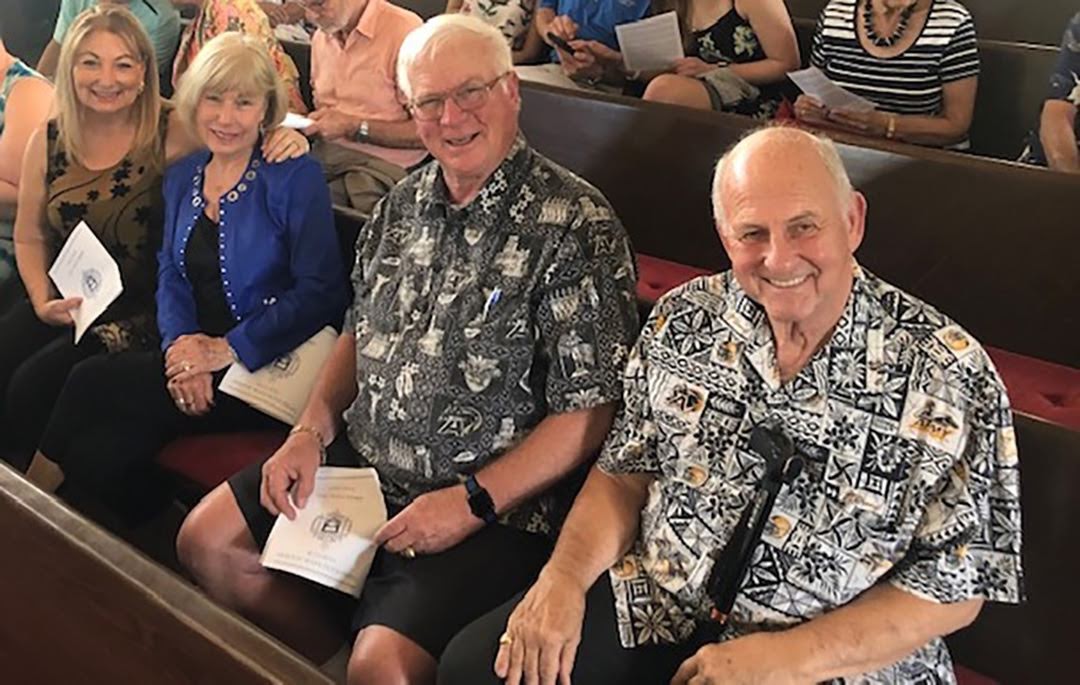 For reasons known but to God, John & Susan Swensson and Dave & Sandy Bangert recently attended a concert by the Naval Academy Glee Club in Honolulu. And now you know all that I do. 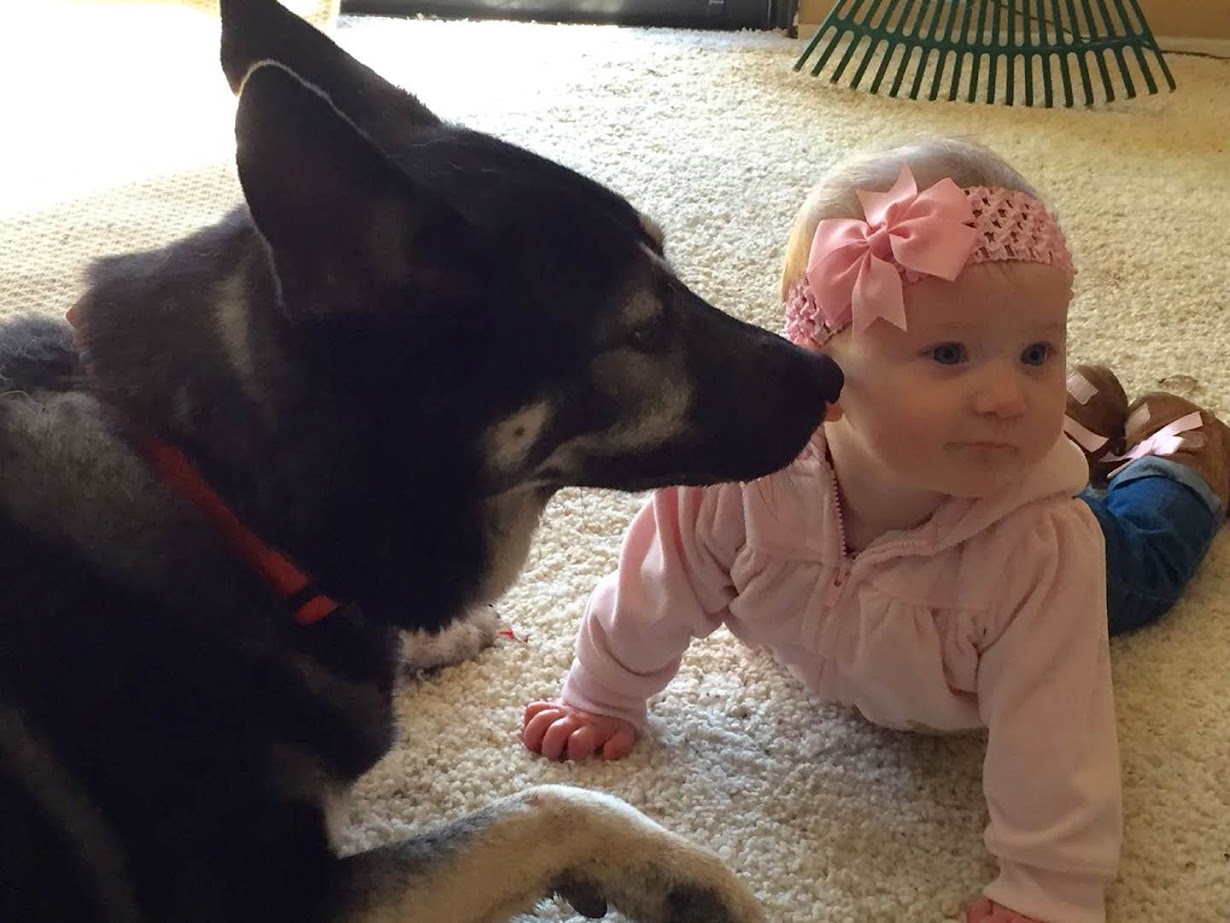 A few weeks ago I lost my assistant editor and housemate of 12 years, Inga the Wonder Dog. She had inoperable cancer of a very aggressive kind, so there was no question of making her suffer any longer. She and I were constant companions for all those years, and I cannot adequately express how odd it is not to have her lying at my feet as I type this. I promised her a mention, and a photo, in this case with my grand-daughter Rory. I miss Inga dreadfully. 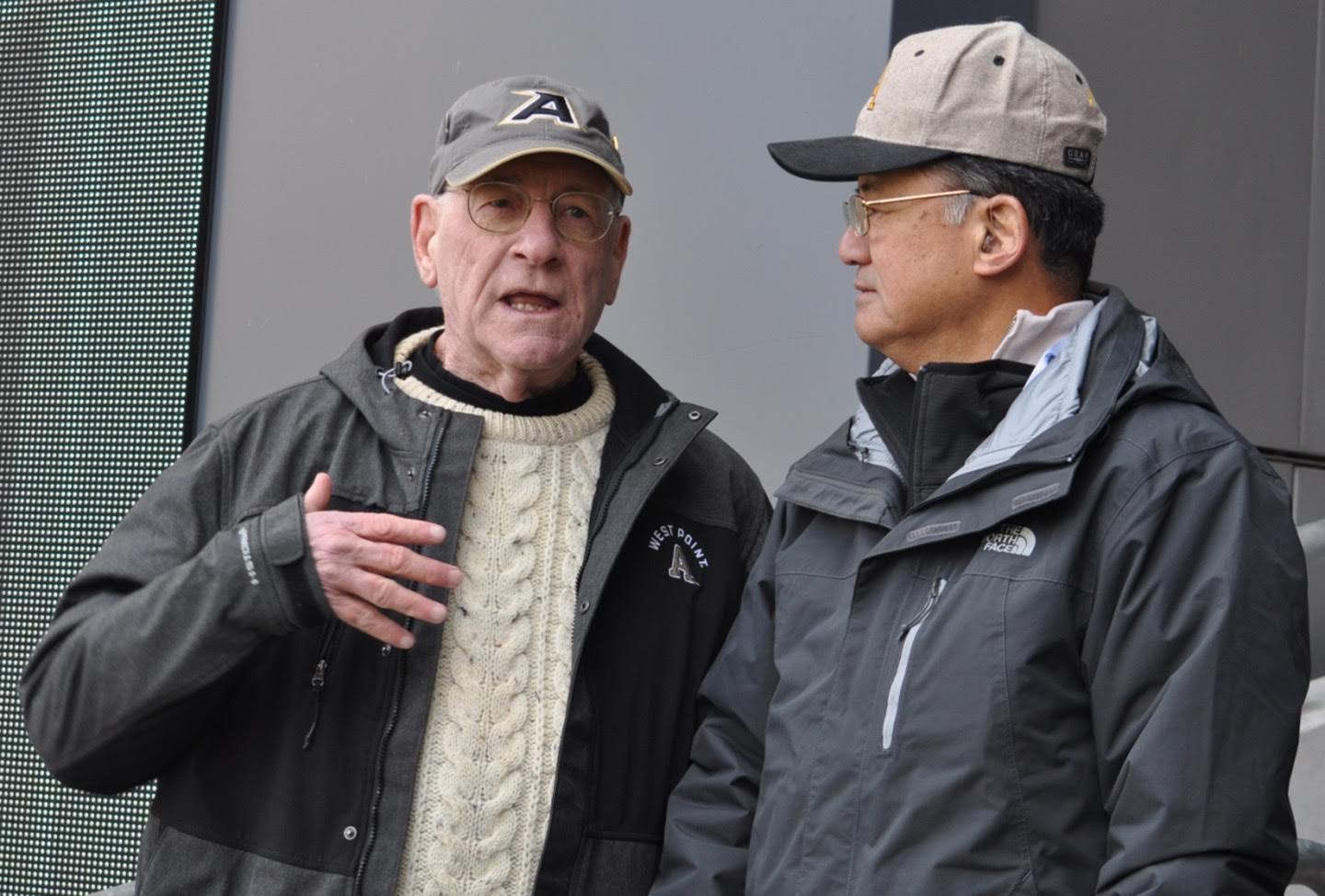 Army-Navy 2018. Well, another highly successful football season for the Black Knights, with our third victory in a row over Navy and a 9-2 record, a won bowl game, the C-i-C’s trophy once again, and a national ranking between 17 and 25, depending on who’s doing the math. As has been tradition since we accepted commissions, lo those many eons ago (a few, for medical reasons, contenting themselves with a hard-won diploma), a ’65 gathering was held in Philly after the game, as the following photos will attest. 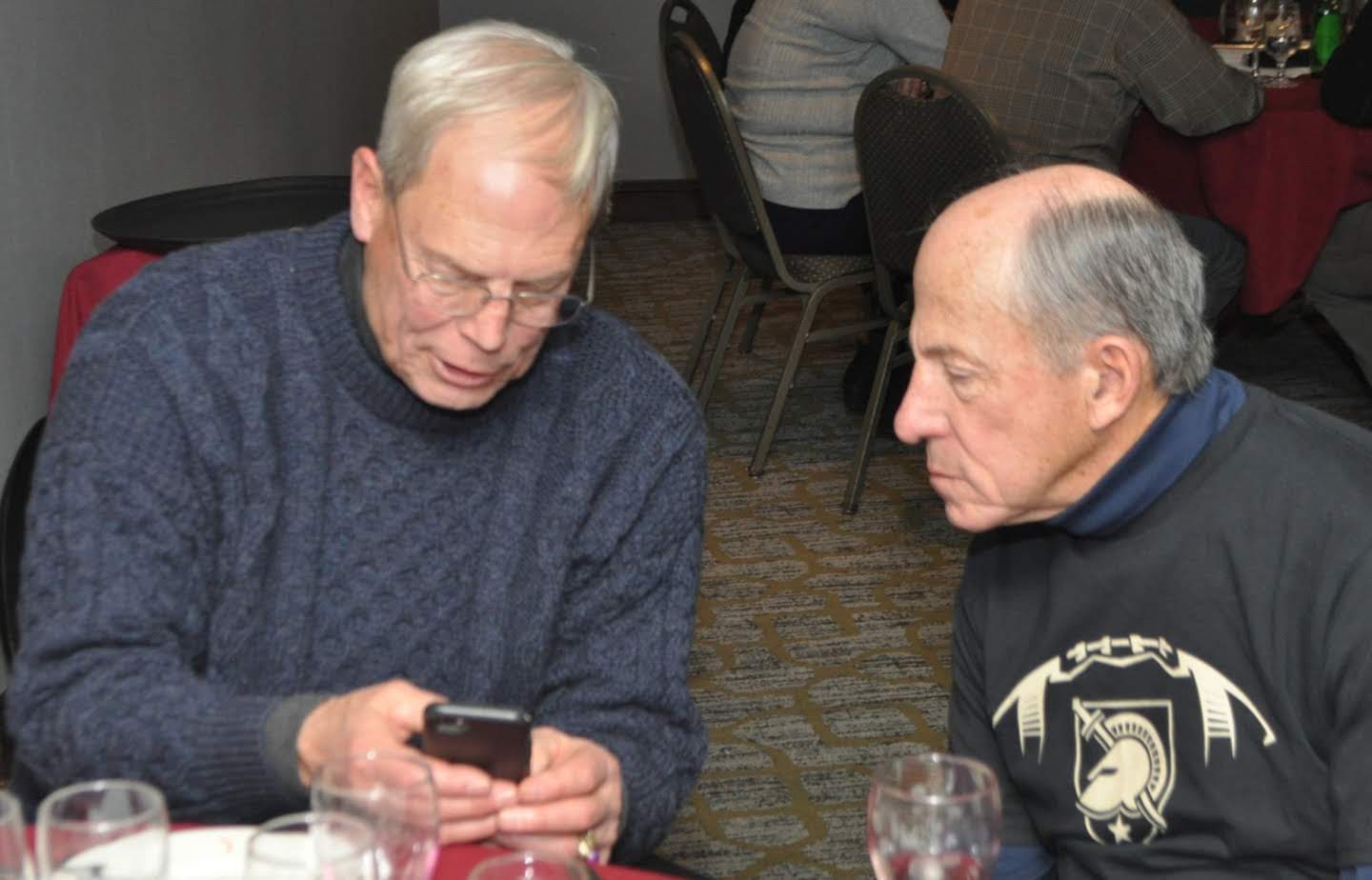 Click on a link below to see more photos or go to the Class photoalbum. 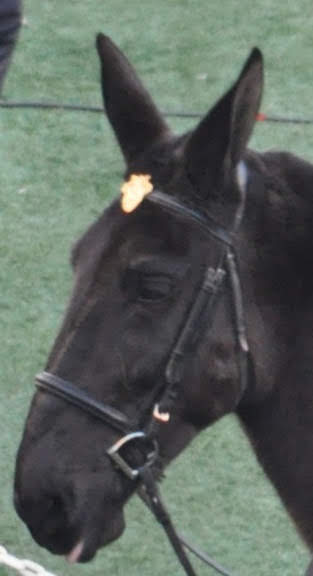 Yet again, Fred Smith and Chuck Boohar were leads in planning the Philly Follies, including the unenviable task of matching those needing tickets ["I gotta have ten on the 50 in a sky box but I don’t want to pay more than $10 each"] and those having extra. Below is Fred’s version of events, usually a reliable one.

"Classmates, widows and friends: Some observations about the ARMY NAVY game this year.

Also helping in the events this year were Clair Gill, Denny Coll, Gordy Larson, Joe Sanchez, our Class President Russ Campbell …
AND 80 attentive and cooperative Strength and Drive participants! A good time was had by all!!

Many thanks, Fred!
Strength and Drive!
Step