Send your input to Class Scribe - LTC Step Tyner (Retired) at styner@stsllc.com
Visit the 1965 Class Notes Photo Album, Photo Album 2 and Photo Album 3 to see all the photos below full-size!

Class Notes Second Quarter 2017
Enjoying the Palms and Balmy Breezes Before the Whole Place Is Submerged!
4/10/2017 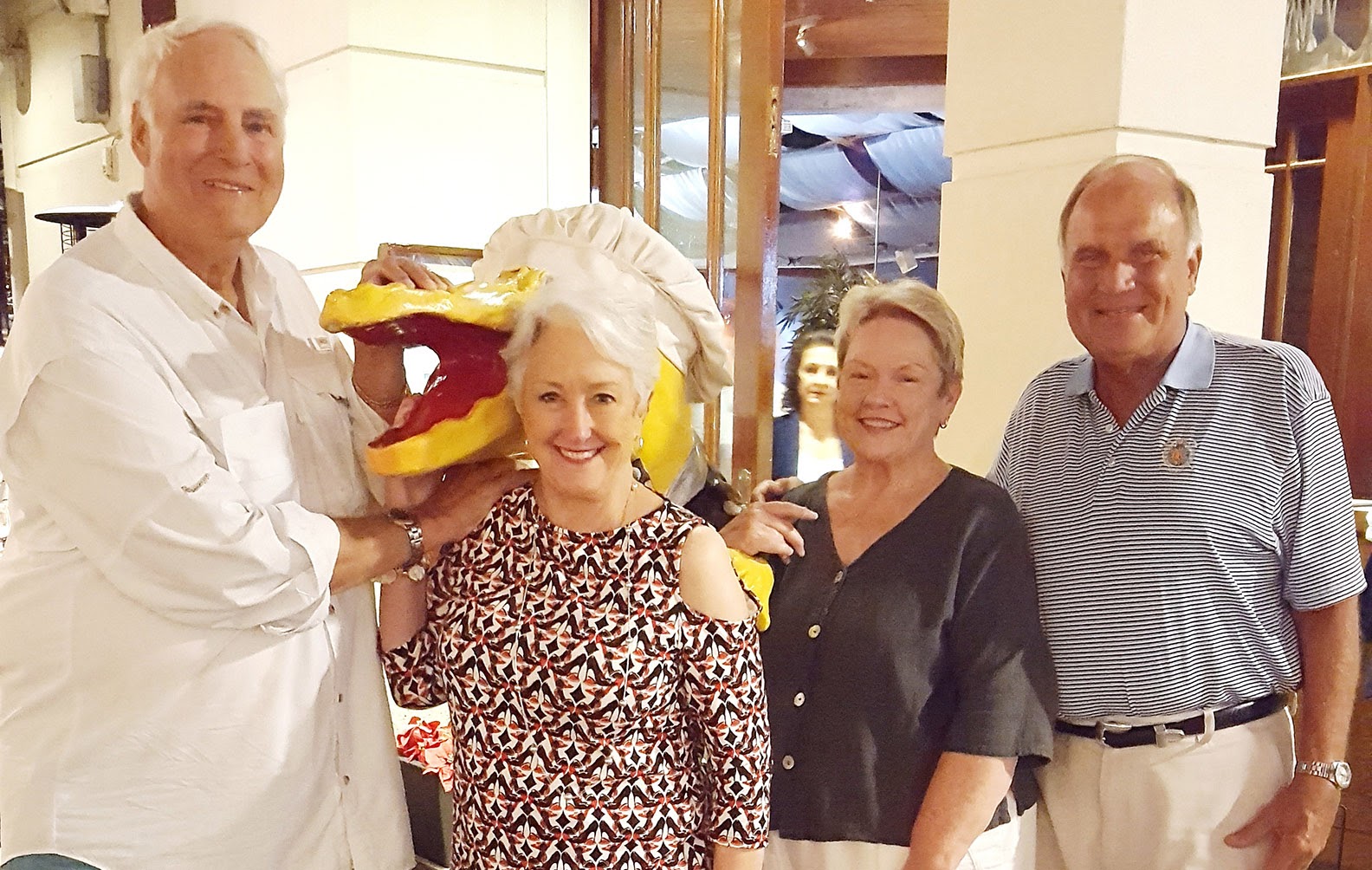 The theme for this edition is mostly Florida, more specifically, members of the Class of 1965 meeting, greeting, gourmandizing, quaffing, cavorting, flying upside down under bridges, and otherwise generally enjoying the place.  The Curse of the 20th Century (golf) figures -- but not prominently, so that those accustomed to jeering “You wear a jock to play that?” may proceed without fear of hearing a hushed TV narrator’s voice assuring them that the man with the club standing over the ball is quite likely to hit it momentarily if we will but hold our collective breath and remain silent.

Our first item begins with a report from Walt Kulbacki dating from January, and it includes two separate link-ups with classmates. 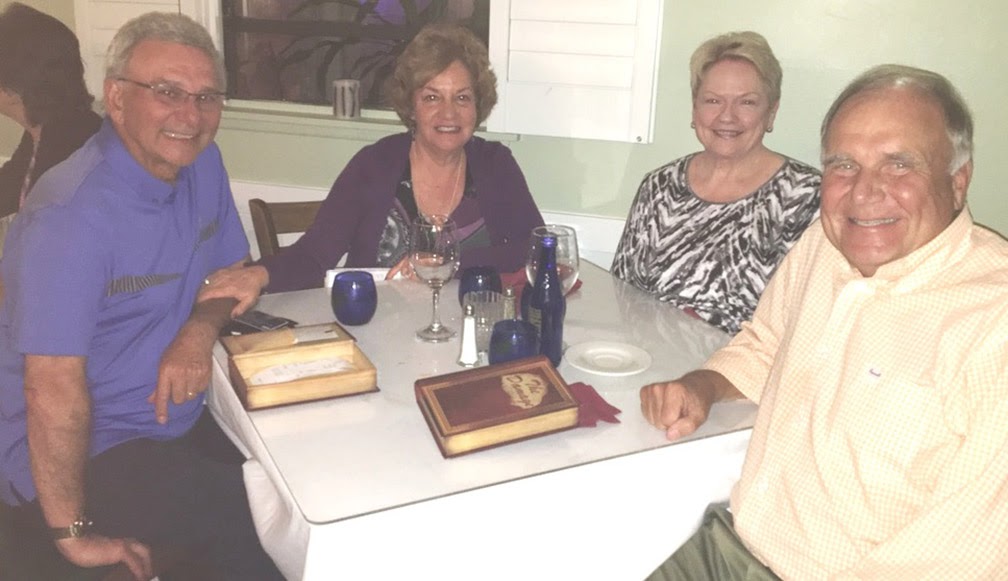 “Cathy and I … moved to Naples, FL almost 2 years ago and really enjoy the area which is beautiful with great weather and golf. Recently, Bob & Faye Radcliffe were traveling from Myrtle Beach to visit some family nearby and were able to visit us here for several days. We did not solve any “world problems” …but had a terrific time playing golf, having dinner at several restaurants…and just catching up “on the good old times.

“Jim & Connie Mirando were also traveling in the SW Florida area and we were also fortunate to spend some time on the golf course and at a very nice nearby restaurant. It is always special to share these fun times together. Photo was taken at a restaurant on Marco Island.”

As I recall from Ranger School, Bob Radcliffe is quite adept at keeping the local predatory fauna sullen but not mutinous.  I had the privilege of two years in D-1 with Jim Mirando and 2 years in B-1 with Tree Radcliffe (as we elevation-challenged called him), and I have to say that I’d recognize both instantly, even across the proverbial “crowded room.

Next comes intelligence from Bob Frank regarding what is apparently a traditional commingling of Classmates, again in Florida and likewise peripherally involving the pastime of wedgies and mashie niblicks.  That respondent deposeth as follows:

“For the second consecutive year, Don Parrish played host to two Classmates and their wives at his home course, Orange Tree, in Orlando. The weather was a whole lot better than back in Maryland and Long Island, where cold and snow were in play. The playing conditions were ideal: lots of sun and temperatures in the 70s, with a slight breeze. The three amigos {are pictured below] are Don, Ray Hawkins and Bob Frank. Ray and Bob are in Spring training, try to get ready for Bob Radcliffe's gathering in Charleston. [Spouses} Linda Hawkins and Mary Frank joined us on the course, but did not make the picture because I forgot to let them know that the uniform flag called for shades of green (which just so happens to be the name of the military R&R facility adjacent to Disney World). A good time was had by all.”

Again with the golf! Doesn’t anybody go out to the dump and shoot rats anymore?

Never mind; here’s an item from Mike Huston that lacks any reference to golf, and even includes a car wreck for our titillation:

“Joanie & I and Joanie's sister, Judy Klink, widow of our classmate Ed Klink, got together with Stan & Barb Genega yesterday for a four hour lunch in Sarasota, FL. Ed, Stan and I were all in B-1 plebe and yearling years. Needless to say, a lot of catching up and attempts to remember all the fun we had in our cadet days. Unfortunately, Stan had a fender bender on the way back to his Florida condo and the car was no longer drivable, so he had to have the car towed away and then rent a car to get home. What should have been a two hour trip turned into a five hour trip. But the really good news was that Barb and Stan were not injured. Below is the obligatory picture [regrettably omitted for technical reasons – S.T.]. 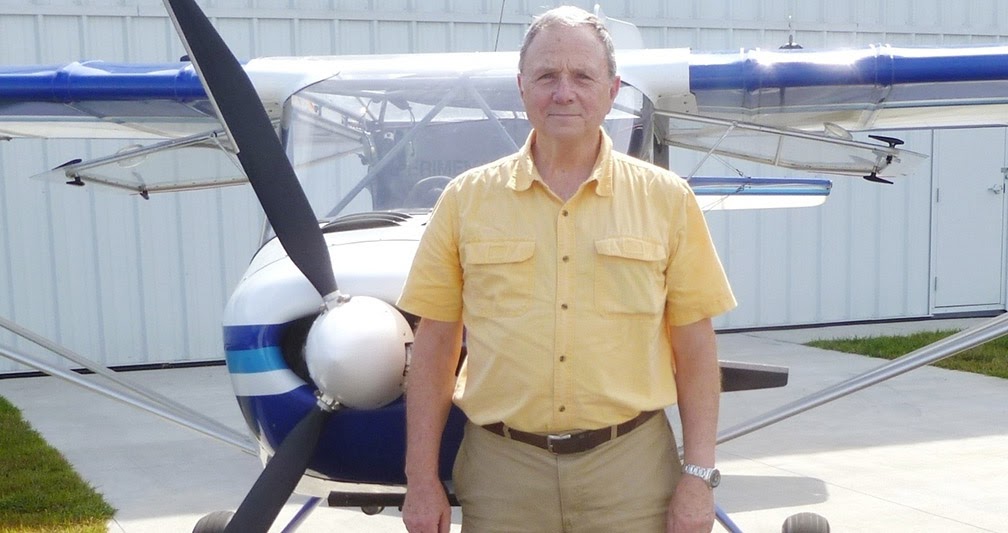 Finally, from unspellable Tallahassee, my old (in terms of long-standing) D-1 buddy Mert Munson responded to my entreaties by submitting the following.  Mert, as many will recall, is one of ‘65’s Army aviators, and retirement hasn’t curtailed his irrational desire to fight gravity through the application of thrust and lift and the diminution of drag, as he explains below: 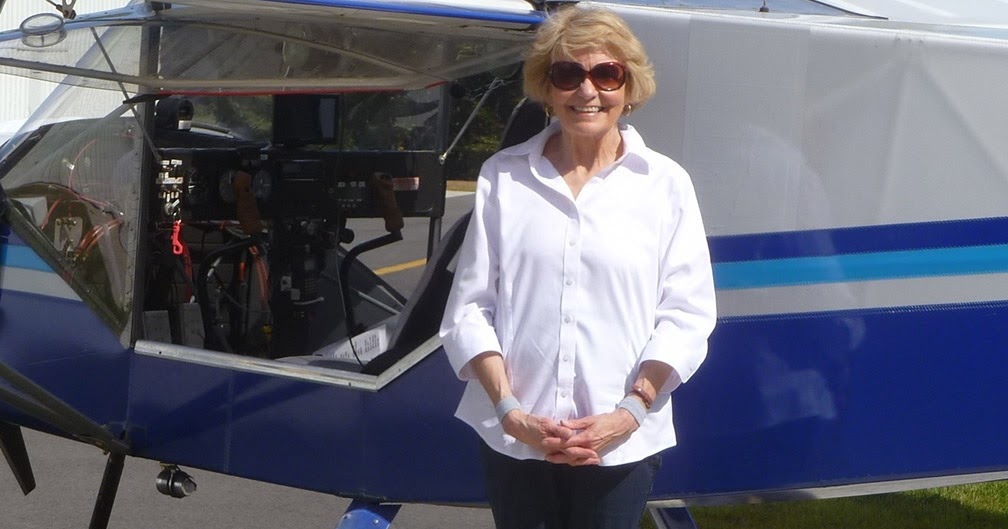 “Attached are two photos of my little fabric-covered, 80 HP, amateur- built, airplane, one with me, and one with my girlfriend, Susan. I did not put the kit together. It was built by a retired NASA engineer.”

Mert mentions that he and Susan have done quite a bit of travelling together, including to one of my favorite cities, Carcassonne, though not, presumably, in the aircraft depicted (unless they had the mother of all tailwinds).

And Now for Something Only Somewhat Different
4/10/2017 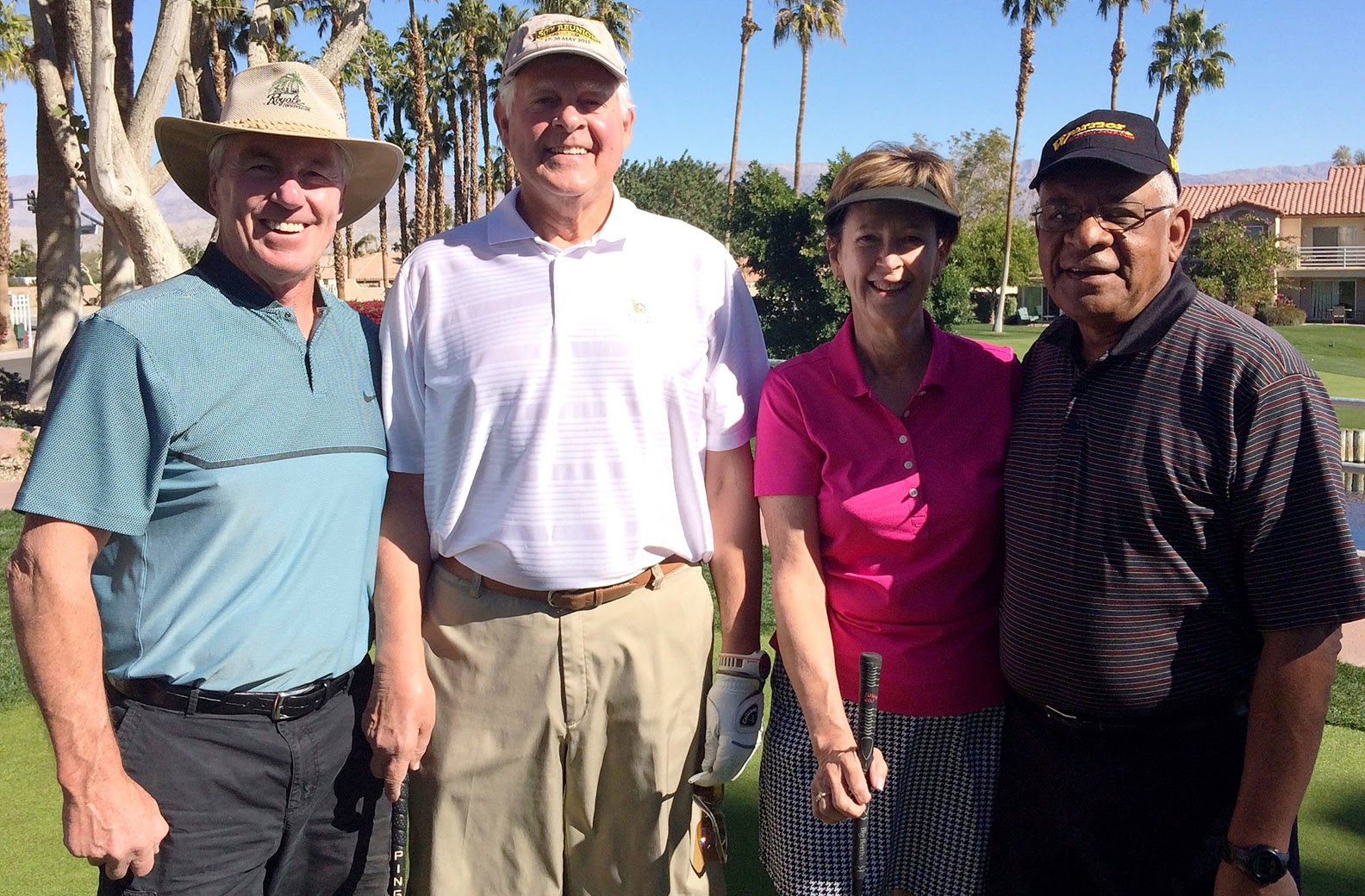 Back to golf, not on the Right Coast but on the Correct Coast, namely the People’s Republic of California.  News from George Ruggles, and in his very own words, golf fans!

“Art Hester, wife Cinda, and George Ruggles got together in Palm Desert, CA, on Sunday for some golf at Palm Royale Country Club. Host Tom Fruechtel, an old work friend of George's and who owns a home on the course, organized a civilized tee time of 1108 and offered good advice on club selection and aiming points throughout the round. Low scorer was Art, surely a result of his extra work on chipping at Trophy Point, spring of '65, as we recall. Tom made frequent use of his ball retriever, as a number of our errant shots found water.

Great day in Palm Desert, sunny and warm, not a cloud in the sky. Temp in the low 70's.  All four players are snowbirds, returning "home" in the spring: Art and Cinda to Kansas, Tom to Whidbey Island, WA, and George to Redmond, OR.”

That’s all folks, except to remind everyone to Beat Navy With Such Ferocity That Children Shriek in Horror, Horses Bolt, and Strong Men Avert Their Eyes!