Confirm it's you?  Recognize someone?  Let Bahr know!

Links to video of the Vietnam Wall Ceremony, 2014, USMA 1969, Parts 1 & 2, are posted below, filmed by
classmate Carl Oborski's son Carl III.  On very short notice, he literally saved the day for us (no pun intended)!  : )
Judge Thomas' full remarks, which the camcorder auto-partitioned,
are available uninterrupted in the third video.  Click to enlarge for best viewing.
Please contact Bill Bahr asap if viewing problems.  Event photos are available below in Photos section.

Coach K Speaks to the Corps 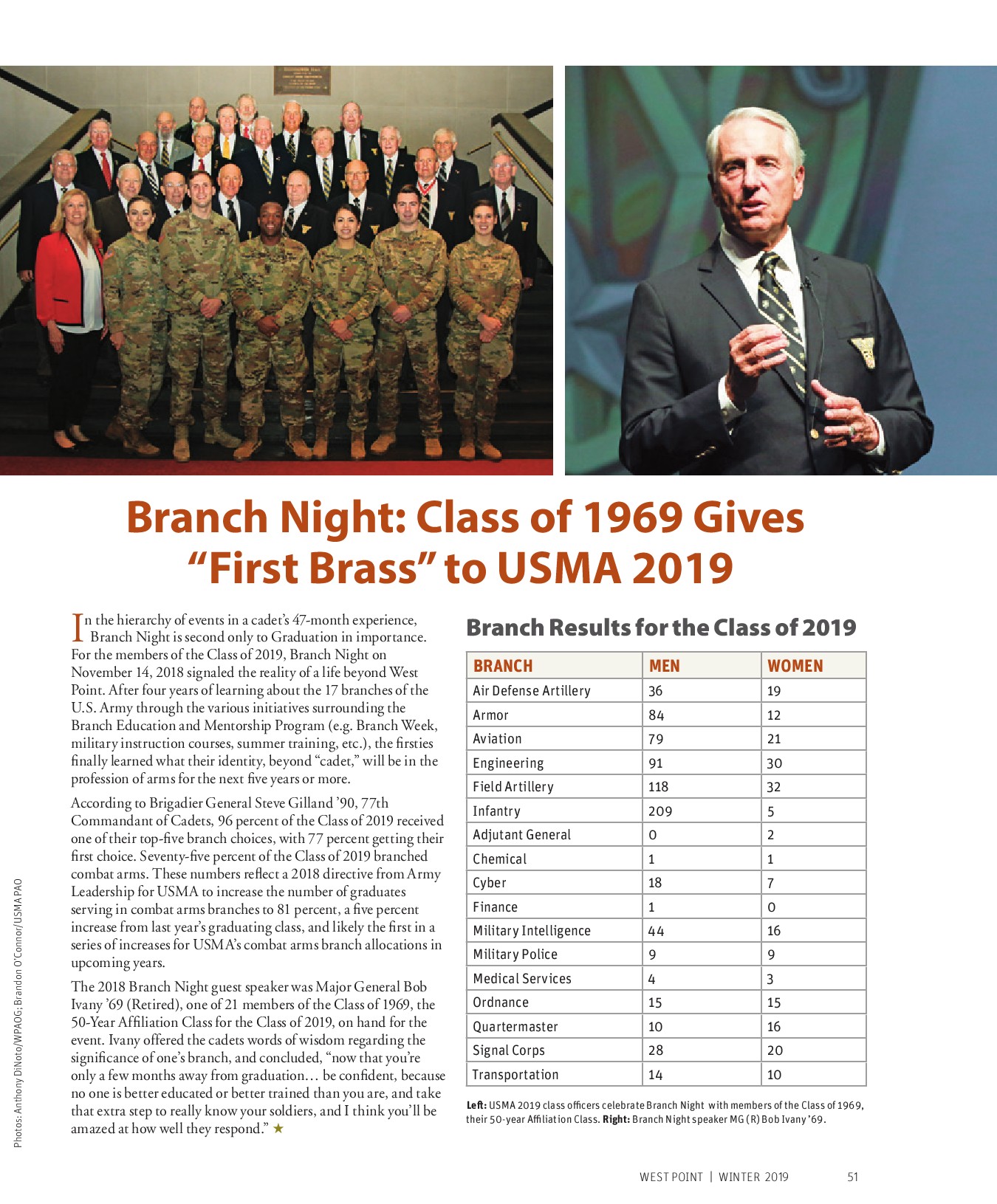 Photo of Bill Johnsmeyer (Bahr is looking for a more frontal photo (Stars & Stripes?), likely with a flagpole and mentioning BJ's name).

Members of the Class of 2019 took the Oath of Affirmation on Sunday, August 20, [2017,] binding them to complete their next two years of study and a minimum of five years of active-duty military service thereafter. GEN (R) William S. Wallace ’69, who served in the Army for 39.5 years, from a military advisor in Bac Lieu Province of Vietnam to V Corps Commander during Operation Iraqi Freedom, addressed the new cadet sergeants about the significance of their commitment to the Profession of Arms. Forty-two members of the Class of 1969, the cows’ 50-Year Affiliation class, were on hand to present members of the Class of 2019 with a joint class coin symbolizing their new professional bond. Photos.

Note:  Many photos are included in Bob Kimmitt's Class notes (log in required)

"The 'Best Of The Line' way

Dear Bill,
Gary Here saying no, neither gil nor I are in the video. I am not certain but am guessing it is either at Bob Pitz' house or has something to do with a get-together for Johnnie Grant's wedding, but, not certain as I was at neither of those "happenings".
People in the video are Ernie Bubb, "Hop" Bailey (my guess as to who you heard "Hove was Hopp"??, George Albrecht, Johnnie Grant, Phil Coyle, Chuck Angstrom, Bob Pitz, and 2 ex E-4 guys Carlini + Fetteroff, neither grads.
Best-Gary Eiber BOTL/E(easy)-4
===============

This was the 2012 annual party at Bob and Diane Pitz'a house in Colonia, NJ (about 5 minutes from Rahway). We did it again just a week ago before Bernie Tatro and I went up to West Point and did the Beast March Back with the Class of 2017.
Speaking of which: BOTL is 50-year paired with the Class of 2019 and it has become a USMA tradition for the 50-year paired class to turn out and March Back. That means that in 2015 we need to show that we are BOTL. I've done this event twice and it is really unique. You get to mix with many other grad classes plus the cadet cadre and the new cadets. This year the oldest grad was class of 1945 (90 years young) and next oldest was 1948. Both of them did the entire 12 mile March Back from Camp Buckner. There were many grads still in the Army including folks with recent deployments. The youngest was class of 2011.
Give it some thought. It's a great goal to get in shape.
Before the March Back at Herbert Hall picking up our stuff.

Just finished at the sally port to North Area

Bill and BOTL,
In the 1960s E-4 acquired the company motto Go Naked. The provenance of this proud declaration is not clear to me (George Albrecht may be able to help here). At the 40th Reunion the contingent of E-4 BOTL went over to North Area to poke around. The divisions were unchanged in every way except for the computers on cadet desks. We ran into some cadets and were telling them about the company motto. Much to our surprise they told us that it lives on secretly today! We were all thrilled, of course, to know that something of our legacy, even if it was disreputable, is preserved.
Please go ahead and post to the website. I think Bernie or Jodie, who also marched with 2017, will submit some pictures to Bob.
BTW, only the 50-year pairing class can carry a banner. We need a large BOTL contingent to line up behind Best of the Line 1969.
Hop
=========================
I should have said that some versions of the famous E-4 motto are Run Naked instead of Go Naked (again I defer to George Albrecht) but the spirt is the same either way.
BTW, on the 2017 March Back it was nice to hear cadets express the same sense of humor and sarcasm we developed to such a high level. It made me remember fondly the audience response to movies in South Aud (now named Robinson Auditorium). Nevertheless the newly adopted motto of 2017 is a lofty and idealistic: So Others May Dream 2017:

Lead formation of the Class of 2017 entering Washington Gate for the final two miles of the Beast March Back, 11 August 2013.

One other story from the 2017 March Back. Bernie and I were waiting to push off from Camp Buckner with E Company in the pitch black at about 0515. A dim figure in camouflage approached up and extended his hand in welcome. He was very cordial but I couldn't make out anything about him until Bernie told me it was the new Supe. We also got to meet the Com and the Dean plus the tac in charge of Beast. They were all rucking along through the early hours.

Ex-roomie and long-time neighbor of 6 miles away, Charlie Adkins and I contemplated martial arts fencing instruction at the Bristol Renaissance Faire this past Saturday.  Heard the old fable of two frogs sat on a log, two thought to jump off -- how many were left?  Well, same deal. Two!  They/we were just thinking about it, they/we didn't actually do it!  So much for our combat recertification!!     : ) : )
C'est la Vie!

Notice that we were sitting in the Black Knight's rooting section for the joust.  He won, well actually he was found to have cheated, so the later show (which we skipped) had a challenge fight to the death! We can only hope Divine Providence had him correcting (not just contemplating) the error of his ways and that he finally triumphed honestly!!  "Deo Gratias!!"    : )