Webmaster of the USMA 1969 West-Point.org Class Website, moderator of the 4um with Decorum,
co-moderator of the Class Basic List, and co-administrator of Sallyport.  Go Army, Beat Navy!!

Note:  Click here for help in developing and publishing your own personal webpage.

In a twenty-mile-wide wall of mountains in southeastern New York, there’s but one narrow gate, an “American Thermopylae,” as Light-Horse Harry Lee called it.  This singular, difficult, channelizing passage – West Point – George Washington dubbed the “Key of America.”  That the British didn’t take it from us by deception, split the colonies, and so render still-born our revolution of rights, Washington said was almost a “miracle.”

Through all the years, a river runs through West Point and has its course dramatically changed – at right angles.  Changed, too, is the Long Gray Line of America’s best sons and daughters, marching through the Academy’s sacred grounds.  Guided aright and transformed in choosing the “Harder Right,” they learn to dutifully take up the solemn burden of arms, to honorably serve and protect our nation, and, above all, to “march to the sound of the guns”  ̶  where the need and fighting are most intense.  Changing from young scholars, to gentle men and women, to officers and leaders of character in the Army of the Brave and Free, they learn – we learned – to run not away from, but towards danger and problems, and to persevere until victory is won.

As the Hudson follows it eternal path and the classes of the Long Gray Line follow one after another, I am reminded that Cicero once said, “Glory follows virtue as if it were its shadow.”  Indeed, we can see in our class narratives*, especially from those who’ve given their lives to military service, that turning to right-living can lead to glory on the path of “Duty, Honor, Country.”  Swept on by USMA’s teachings, even classmates such as myself  ̶  those who’ve left the calling early  ̶  have helped better our country with notable successes.  Today, nearing the end of our course and surrounded and supported by each other, let us reflect that, by the “Harder Rights” we’ve chosen over 45 years since graduation and by joining together again in spirit, perhaps we  ̶  this proud Band of Brothers from the Class of 1969  ̶  have found at our beloved alma mater the key to become the “Heart of America.”  If so and as such, and marching now only to the drumbeat of our hearts, may we, with honoring eyes “All Right,” continue loyally to “Live, serve, and die we pray, West Point, for thee!”

USMA 1969  —Called to march to the sound of the guns, now passing-in-review for a round of “well-done’s”!

“Make us to choose the harder right instead of the easier wrong….”

West Point is the “Key of America.”  —George Washington, “Sentiments on a Peace Establishment,” 2 May 1783.

Observed from the land, not the river (or air).   I’m an Army guy, not Navy (or Air Force).   Intuitively keeping my feet on the ground, any water and I’ll be casually observed crossing the bridge rapidly.  CU@ Trophy Point!    : )

“From Washington to Palmer: ‘The Story of Leaders of Character‘”   Alternate View
(“How West Point keeps pointing to its Purpose” —David Vaught)

BTW, just a reminder that French Charleville .69 caliber muskets were first presented to George Washington by Lafayette (quantity said to be 25,000).  The US later commissioned the 1795 Springfield musket based upon the Charleville design.  The Springfields are the crossed muskets which have become the US Infantry insignia.  If you see your friendly classmate (wp28260) at a class event and would like a .69 caliber musket ball as a reminder of the BOTL, just ask.  With some luck, he may have one for you.  One per classmate, please!

Email on 1 July 2013:  Having just finished reading Guelzo’s excellent “Gettysburg: The Last Invasion,” I’d like to share some interesting information about an interestingly named regiment:  The 69th Pennsylvania Volunteer Infantry Regiment.  Part of the famed Philadelphia Brigade, it was virtually the dead-center target of Pickett’s Day 3 charge to the Union’s center on Cemetery Ridge.  Seems the 69ers were using 69 caliber smoothbore muskets (probably Springfields) with buck and ball, harkening back to the Revolutionary War days.  Indeed, their Colonel Dennis O’Kane was heard to yell in his best Bunker Hill tones: “Hold your fire until you see the whites of their eyes.” Here’s more interesting information about the 69th:

http://en.wikipedia.org/wiki/69th_Pennsylvania_Infantry   [Note:  the 69th PA was recruited from Irish militia but not a part of the Irish Brigade, which was from New York.  4WIW, the Irish Brigade also used 69 caliber muskets (with buck and ball) and fought in Gettysburg’s Wheat Field.  Also, 4WIW, George Washington was a prominent proponent of buck and ball, which combined the devastating impact of the full-size ball “with the spreading pattern of a shotgun, and served to greatly improve the hit probability of the smoothbore musket used in combat, especially at closer ranges, where the buckshot would retain significant energy, and against closely packed troops where the spread of the buckshot would be advantageous.”  Also, 4WIW, the Civil War’s rifled Minie balls were generally twice as accurate as round balls.]

And this: “I have not selected to study the 69th [PA] because I seek to champion their actions or to make a case that their courage alone turned the tide of battle.”  http://www.gdg.org/Gettysburg%20Magazine/scott1.html

And right behind the 69th PA’s line at the wall, the Copse of Trees, “the High Water Mark of the Confederacy”: http://www.gettysburg.stonesentinels.com/Places/Copse.php 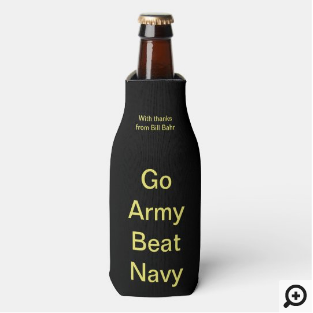 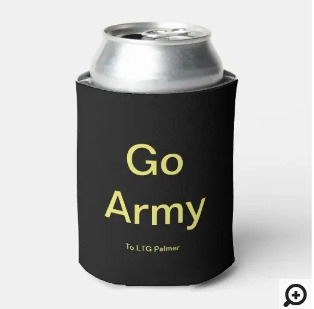 a best-seller at the Shops at Mount Vernon

Best Regards To The Best Of The Line = BRTTBOTL

With thanks to the Photographers of West Point and the 1955 West Point Band.

This page is provided as a service by West-Point.Org.  Personal webapge development help for classmates.

For the strongly curious and/or curiously strong  : )

1969 is a composite number not ending in zero that yields a prime number when turned upside down:  6961 is prime.

1969 is the only known counterexample to a conjecture about modular Ackermann functions.

We can also restrict the range of the Ackermann function to a finite set, defining the mod-n Ackermann function.
For a given n, the numbers initially bounce around wildly as x increases, but nearly always stabilize to a certain value or an alternating pair of values.

According to Jerrold W. Grossman of Oakland University, the only value of n less than 4,000,000 for which the standard mod-n Ackermann function does not stabilize is n = 1969. Why this is so remains a mystery.

Strategy Pure and Simple:
Essential Moves for Winning in Competition and Cooperation