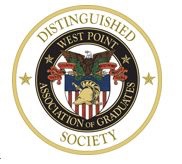 Somebody tried to tell me that Army lost their last game…I was having nothing to do with that dude.

The Southside did have 62 people to gather and watch a great half of Army-Navy football.

Wednesday evening, we will gather once again to watch Army take on Missouri in the Armed Forces Bowl. Here are the particulars:

WHO: Anyone with a heart beat

WHAT: Army football takes on the Missouri Tigers

It should be a good show. Army is a three point favorite with a commanding 52% chance of victory according to ESPN.

Saddle up one and all and join the charge.

Calendar powered by The Events Calendar